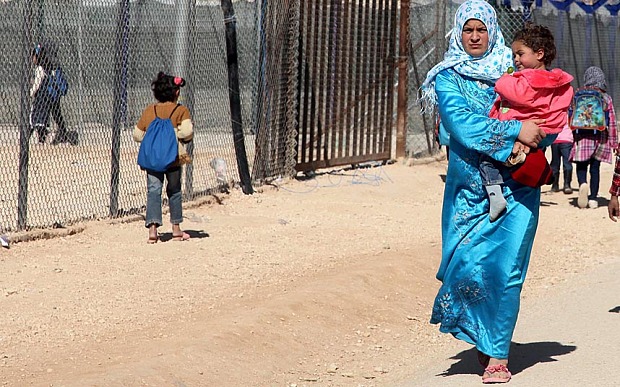 With more than 70 million displaced people around the world, the old paradigm of refugee support and settlement is no longer viable. Permanent settlement in the West is not an option for the vast majority. We need a new global response, driven from civil society, which acknowledges the needs of refugees for temporary support as well as their obligation to return home when safe to do so to rebuild their homelands.

The refugee crisis threatens security and cohesion in both developed and developing countries. It is stripping developing countries of their best and brightest, forcing them to seek refuge in the over-developed West. On both sides, it is robbing people of their cultural identities. Politically, it is driving voters in the developed world to xenophobia and helping repressive regimes in the developing world by removing critics and free thinkers from their homelands.

As states struggle to respond to the refugee crisis, civil society must take the lead. We want individuals and groups around the world to lead the global debate on humanitarian obligations to refugees, and refugee obligations to their homelands. We’d like your voice to be heard.

Sign up to support our Global Initiative on Refugees. It consists of five points which run counter to the moral confusion and short-term politics that surround the refugee issue. We believe these five points reflect mainstream civil society around the world – not necessarily the views of global institutions and INGOs – but grassroots people and communities whose voices on vital issues are rarely heard. Become involved in developing support for this Initiative.

1. People fleeing persecution and violence in their homelands have a right to seek asylum outside their homelands, in the expectation that they will return home as soon as it is safe to do so. Refugee status does not mean permanent residency in the country of asylum.

2. Refugees have an obligation to contribute to development and reconciliation in their homelands once it is safe to return home. This is especially true for people with education and skills.

3. Refugees who seek and are granted asylum in countries outside their homeland should be given a Temporary Protection Visa for two years, renewable for a further two years until such time as conditions in their country of origin permit their safe return home.

4. Resources from governments and civil society should be prioritised for provision of supports for refugees in locations as close as possible to their homelands, in the expectation of return home as soon as it is safe to do so.

5. Asylum seekers and refugees should be accommodated and supported in civil society by sponsor families, associations, communities and social institutions on conditions of bond or bail, and detained in state institutions or camps only as a measure of last resort.

6. Asylum seekers entering countries of potential asylum by boat should be intercepted and turned back to their ports of departure, to prevent mass drownings at sea.

Indicate your support by completing this form. Indicate if you wish to become involved in our campaign.